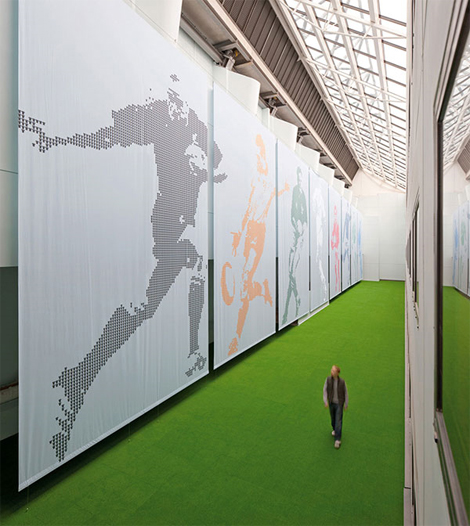 Hat Trick Design was commissioned by the RFU to design environmental graphics to improve a space behind the hotel at Twickenham Stadium. They chose to showcase the giants of international rugby choosing the most popular players by vote from each of the 8 founding nations of rugby (England, Ireland, Scotland, Wales, France, New Zealand, Australia, South Africa).  Each chosen player’s image stands 11 metres high and is made from graphic rugby shirts to form the ‘Giants of Rugby’ display. 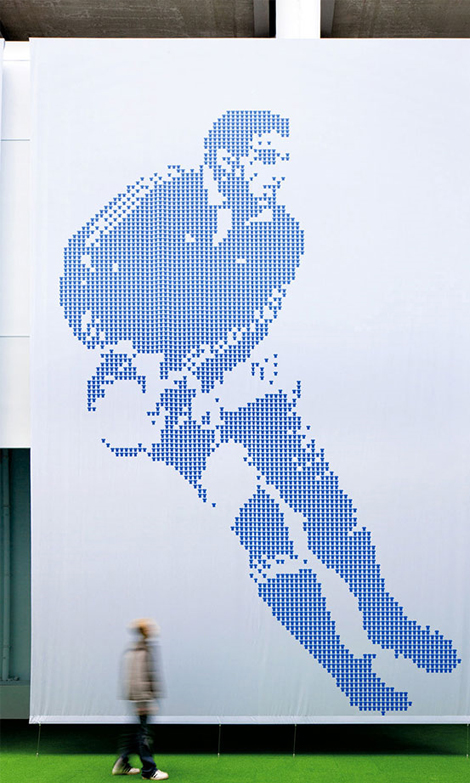 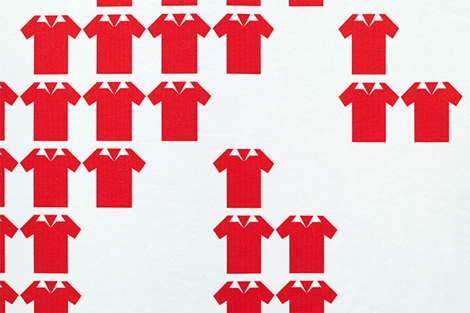 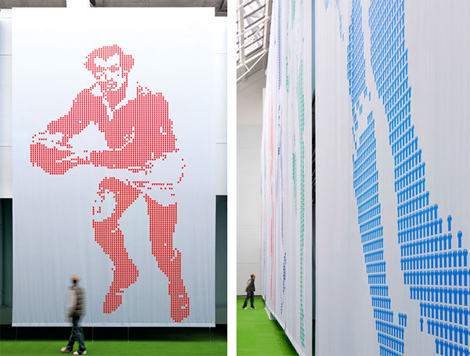